Physical Aspects Related to The Lungs

In the world of Traditional Chinese medicine, the lung is probably the organ whose TCM functions overlap the most with its Western functions. Respiration, the immune system and the skin are all systems heavily influenced by the lung, both in acupuncture and in Western medicine.

If you visualize where the lungs are located in the body, you will notice they have the most access to the world outside our bodies. They are the only organs that actually have direct contact with the environment. As such, they assist with protection and separation from harmful pathogens, both of the physical and emotional variety. The lungs are in charge of what we call “Wei Qi,” in Western terms, the Wei Qi would be our immune system. This Wei Qi forms a protective layer around our bodies, encasing us and acting as a barrier. If the Wei Qi is weak, then you have a person who is constantly sick. If you have a tendency to catch a lot of colds and flus, or seem to always feel run-down and prone to infectious illnesses, your Wei Qi is not doing its job. Fortunately, acupuncture and herbs can build up this Wei Qi, forming a wall of protection against these harmful pathogens.

If you are frequently fatigued or seem to often be out of breath, your lungs may benefit from a tune-up with herbs or acupuncture. Weak lung Qi can result in a soft, timid voice, shallow breathing and poor posture (often people with lung deficiencies seem to be hunched over in a posture of protection). Bronchitis, emphysema and pneumonia are signs your lung energy isn’t strong enough to perform its job of keeping you healthy.

Allergies are another symptom of weak Wei Qi. The pollen (or whatever it is you are allergic to) can easily enter the body if the external barrier is weak, causing all the symptoms of misery that most greatly affect the lungs: sneezing, coughing and runny nose (the lungs also control the nose in Chinese medicine.)

Since the skin is the outermost layer of the body and is controlled by the lung, it is also affected by weakness of the lung. Eczema, rashes and excessively dry skin can all stem from an imbalance of the lungs.

On an emotional level, the lungs are affected by grief. Have you ever noticed someone who can’t let go of tragedy seems to get sick more often? Constant sadness weakens the energy of the lung, lessening its protective function. If the lung Qi is weak to begin with, it will be difficult for a person to let go of their sadness and move on in a healthy way. This type of patient may also be prone to depression.

Mental and Emotional Aspects of the Lungs

As an acupuncturist, I am constantly assessing. Before my patients answer a single question, I am taking in cues as to what types of imbalances might be going on. In five-element acupuncture, the five major organ systems are the kidney, liver, lung, heart and spleen. When any of these systems are out of balance, certain physical, mental and emotional issues can manifest. Even if you aren’t experiencing a specific health issue, however, you will likely display particular personality traits that fall within these five organ systems. In the five-element world, the lungs are connected to the element of metal.

So what does this mean? Metal is rigid, unbending, set in its structure. Someone who is a lung-type would take comfort in rules, reason and rationality. This person is someone who likes to maintain a sense of control over himself and his environment. To a lung personality, it is important that their world is in order, and that it makes sense. The lung also controls the emotion of grief, and the idea of letting go. Someone with a lung imbalance might have an aura of sadness or loss, or have difficulty letting go of past suffering.

So, as a practitioner, what might I see that would demonstrate a lung personality in a prospective patient? These types of patients might not be overly warm and fuzzy, but they would display good manners and a respectful air. They would likely be right on time for their session, paperwork filled out completely and perhaps have a number of questions regarding exactly what they should expect following their session. In any of the organ systems, an imbalance would cause these personality traits to become more pronounced. In the case of lung energetics, a polite manner might come across as aloof; an orderly nature might transform into the desire to control the people around you; perfectionism can result in frustration with both self and others.

Remember what I said about letting go? From a physical standpoint, the lungs have a connection to constipation. If the body can’t let go, this is the result. If the mind can’t let go, you might feel stuck, and unwilling to change. Or, you may simmer over past grievances, unable to move on. You might also become frozen by your desire for perfection. Since the lung is all about correct, fair behavior, it may be hard for a lung type to think outside the box, or to come up with creative solutions.

If you fall into this category, acupuncture can work wonders on helping you to relax, soften and release old, negative patterns that have become stuck within.

The organs in Chinese medicine are more than just a physical representation. The organs include not only their physiological function but also mental, emotional, spiritual and elemental qualities that align with nature and the seasons.

The lung season is autumn. This is a good time to protect the lungs from changes in weather by wearing a scarf to keep your neck warm, staying out of wind and keeping your dryness at bay. It’s an excellent time to nourish the digestive system with warmer foods such as sweet and sour soup, steamed vegetables and making seasonal choices at the market. It’s also a good time for letting go and allowing changes to process without repressing emotions such as sadness and grief.

The lungs are known as the “delicate organ”, as they are the uppermost, most superficial aspect of the body and therefore the most sensitive to environmental changes such as wind, dryness, heat, cold and damp. They breathe in the pure air to nourish the organs and let out the impure. According to Chinese medicinal principles the lungs push waste and fluids downwards to help the large intestine, so these two organs are known as paired organs. The lungs transport yin fluids (the yin part of us is what is moist, lubricating) and distribute moisture. They are also in charge of the opening and closing of pores and sweat glands, and they provide moisture to body hair and skin.

The lung channel opens to the nose, governs the voice, its color is white and its flavor pungent. The emotion associated with the lungs is grief. The lungs receive and let go, keeping the movement in and out in a healthy exchange with the outer world. If that exchange is blocked emotionally by grief and sadness, it affects the smooth action of the lungs. When someone is sad, they hold their breath and oxygen is decreased. The emotional blockage of not letting go and the symptom of grief affects the receiving and letting go action of the lungs.

How can you tell if your lungs might be deficient? Some symptoms include frequent colds, asthma, bronchitis, cough, dry skin, fatigue, pain and distention in the chest. Itchy skin, and increased nasal discharge can also be indicators.

Ways to strengthen your lungs:

Breathe: Taking deep-cleansing breaths is an excellent way to keep your lungs in shape. Abdominal breathing, or diaphragmatic breathing, is ideal for keeping the circulation, oxygenation and lymph drainage of your lungs strong. Place your hand on your abdomen and feel your hand rise as you breathe deeply more from your core than your chest. Breathe in and hold for a few seconds, let it out slowly and repeat several times. Singing is also good for the lungs, so belt out your favorite songs.

Posture perfect: All those well meaning people who told you to straighten up had a point. Good posture opens the chest, which is good physically and also emotionally “opening up to the world”.

Diet: Lungs are associated with the color white and its flavor is pungent. Examples of these foods, which should be eaten in moderation, are radish, white mushrooms, whitefish, cauliflower, onions, apples, Asian pears and garlic. Grapefruit is also beneficial.

The lungs do not like too much cold, so an abundance of cold food such as dairy, cold raw vegetables, ice, salads and fruit juices create too much mucus in the lungs (cold inhibits circulation), slowing down digestion and metabolism. 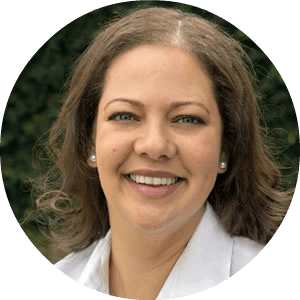 Dr. Jennifer Randolph, DACM, L.Ac. is San Pedro’s premiere acupuncturist and practitioner of herbal medicine. Her specialties include pain management and women’s health; with a special interest in fertility & pregnancy. Jennifer is dedicated to her patients and strives to help them gain health and vitality to live their lives to the fullest. 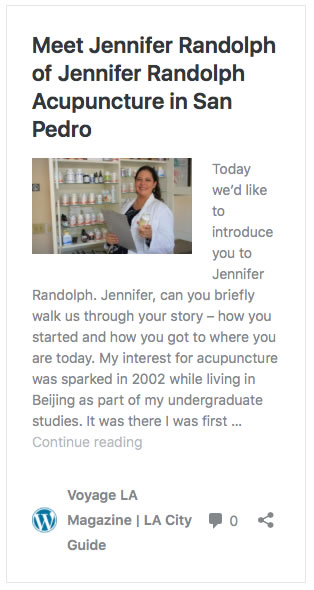 How To Thrive In The Modern World: A Layperson’s Guide To Chinese Medicine 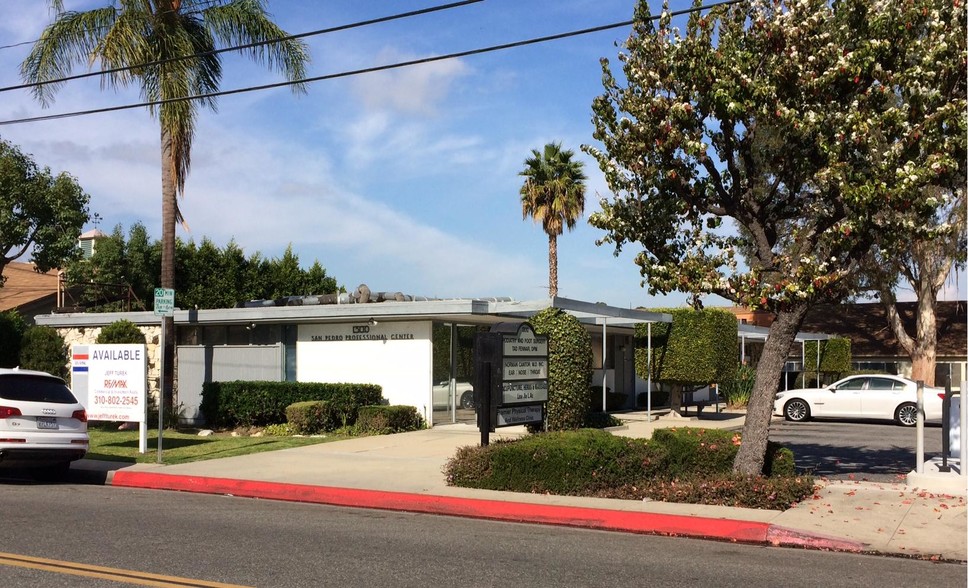